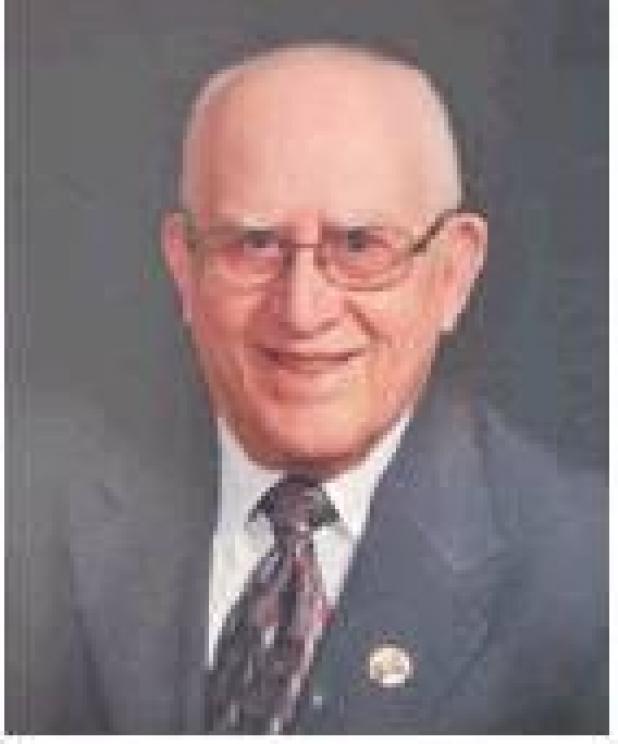 Mass of Christian burial was held at 10:00 a.m. on Saturday, January 25, 2020 at St. Lawrence Catholic Church, Flasher, ND with Rev. Dennis Schafer as celebrant. Burial was held at St. Lawrence Cemetery, Flasher, ND. Visitation was held Friday, January 24, 2020 from 4:00-8:00 p.m. at Weigel Funeral Home, Mandan, with a Rosary/Parish Vigil at 7:00 p.m. Visitation continued at the church one hour prior to the service on Saturday.

Ted was born on June 25, 1928, to Melchoir and Emma (Wagner) Riehl at the farm home near Raleigh, ND. He was taken to St. Gertrude’s Church and baptized that same day. Ted went to school in Raleigh until the school was closed after his sophomore year. The next fall, he attended Assumption Abbey where he met the love of his life, Rose, and they were married on June 10, 1948. Ted and Rose made their home on a farm South of Raleigh where they raised their family of nine girls and six boys. They partnered with Ted’s brother Emil and his wife Irene to farm and raise their families together. Ted and Rose retired to their home in Flasher in 1988 where they lived until moving to St. Gabriel’s Community Assisted Living in November 2017, where he was living at the time of his death.

Ted was active in many church and community organizations, besides farming. He was a board member of the Flasher Farmers Union Oil Company for over 17 years, and also a board member of the Flasher Community Credit Union for 11 years. Ted was on the ND Farmers Union Board of Directors for four years and on the Advisory Committee for the Bank of Cooperatives for six years. He served on the Board of Directors for West River Transit, and offered many neighbors rides to church. Both Rose and Ted have been Eucharistic Ministers in the Catholic Church for many years, for both St. Gertrude’s and St. Lawrence’s parishes. They are also members of the Catholic Order of Foresters, the Bismarck-Mandan Serra Club of ND, and Ted was a member of the Flasher Knights of Columbus. Ted was the Mayor of Flasher for six years and they were both involved in the Lions Club, Historical Society and Flasher Commercial Club. Ted happily volunteered for many things, from donating blood and hosting visiting priests, to being an officer on the Guest Council at St. Gabriel’s.

Do you have plans for Valentines Day?