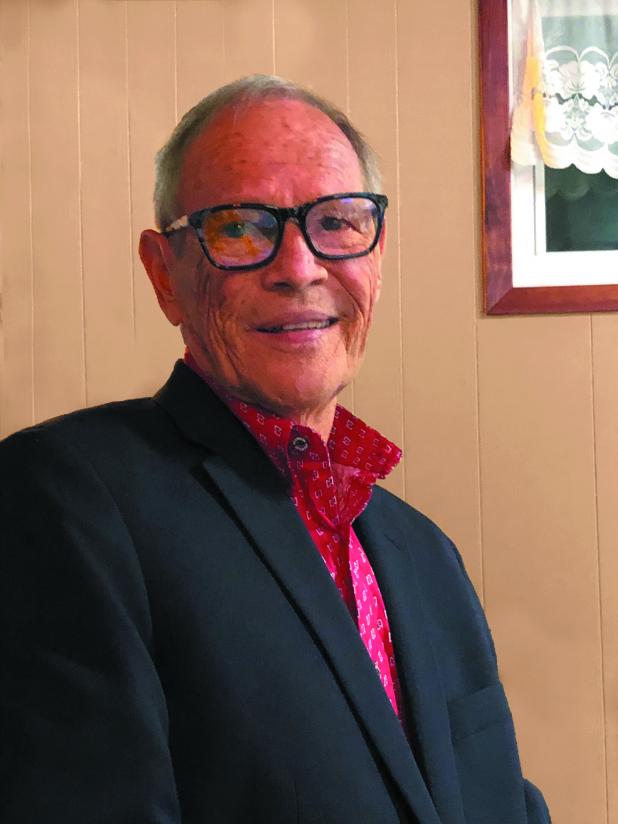 Thomas W. Mensing died peacefully at home with family on April 18, 2020 at the age of 83 leaving his well-used and totally worn out body shouting Woo Hoo what a ride!
Tom was born in Ashley ND to Claude and Amanda Mensing on August 5, 1936. They soon moved to Hettinger ND where Tom graduated from Hettinger High School in 1954. He graduated from North Dakota Agriculture College, now known as North Dakota State University, in 1958, with a Bachelor of Science Degree in Pharmacy.
On June 8, 1958 Tom married his high school sweetheart, Karen Henderson who was his best friend and companion until her tragic death forty-seven years later. Tom’s pharmacy career began in Sidney, MT and soon moved to Miles City where they purchased Thompson Rexall Drug Store in partnership with Jim Carlson. Growing the business they purchased another store with Terry Turnquist.  They operated Thompson Drug for twenty seven years before selling and moving to Red Lodge, MT. In 1994 Tom and Karen built a log home themselves. Not ready to retire Tom accepted a position with the Montana Board of Pharmacy as “Compliance Specialist” traveling the state and visiting all the pharmacies with Karen and their faithful Chocolate Lab, Sacajawea. Tom retired in 2000.
In March of 2010 Tom started a new life with Joyce Watson, they were married August 9, 2015.  Together they created a home in Missoula, MT and enjoyed traveling the world and exploring in their RV.
Participating in church and community were cornerstones of Tom’s life, while serving on boards and committees, Tom was given a number of titles (most of them complimentary).  The titles he most valued were “Dad” and “Granddad”.  He treasured the years watching his sons and grandsons grow and become men with whom he was well pleased and proud to call friends.
Tom was grateful for many things and to many people whom he was acquainted with, became friends with, worked with, worshiped with, and loved. He expressed gratefulness to:
•    His Mom and Dad who gave him a wonderful childhood and provided his base for faith.
•    Karen his first love, who gave him love, companionship, earnest friendship, and taught him generosity, compassion and how to love, all the time strengthening his faith.
•    His sons, (Jeff and Mark) grandsons, (Thomas and Carter) and his marvelous daughter-in-law (Deni) who has given him so much hope, joy and love.
•    Joyce, who gave him understanding, the gift of warm friendship, the gift of companionship and the gift of loving and being loved.
Tom is survived by sons Jeff (Deni) of Seattle, WA and Mark of Missoula, also grandsons, Carter and Thomas of Seattle. He is also is survived by his second wife Joyce and her daughter, Kathie of Spokane, WA and countless valued friends.
Tom’s cremation is under the care of Sunset Memorial Funeral Home. A celebration of Tom’s life will be planned for a later date when all can safely gather.