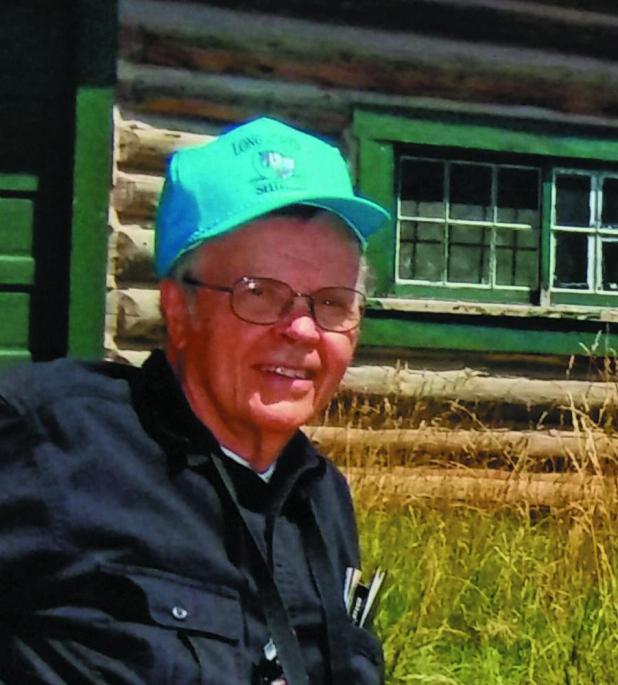 Leonard E. Underland 1934-2019
At the one-year anniversary of his ultimate rest.
Leonard Underland was born in Hettinger, ND on Sept. 2, 1934 to a farm couple (Elmer & Lillian) who raised sheep, wheat, and a handful of cattle eighteen miles outside of Hettinger. His mother (a sister to Carl Johnson) was quite hard of hearing from an illness in her teen years, and was a saint. In 1948, during that year’s wave of polio sweeping the nation, Leonard started the school year but soon became ill and lost the use of his legs, spending his high school years at a Jamestown, ND boarding school then called the Crippled Children’s School. The two years he subsequently spent at a business college in Billings showed him what the West was like, and he never forgot! He met Marlene Bergman (from Wisconsin) in Minneapolis; they married in 1961. While Len worked at the Cargill Grain Exchange in Minneapolis, finding his downtown parking spots and walking on crutches some blocks to the offices (especially in winter) sharpened Len’s desire to return to the West. He and Marlene moved to Cody in 1963; I arrived in 1964.
Some in Cody, WY knew my dad from his years at Cody Gas Company when it inhabited the old red brick of what’s now Rawhide Coffee. Leonard was, in essence, service with a smile, and at retirement his boss estimated that Leonard had answered well over 180,000 phone calls during his decades at Cody Gas. Folks often saw Len around town in his electric wheelchair. He never tired of visiting Yellowstone Park. He went to be with the Lord on May 5, 2019.
Any list of character traits this son saw in Dad begins with Leonard’s gentleness. Then perseverance (seventy-one years as a paraplegic). Then contentment: no self-pity, living within his means in every way. Patience. A ready smile. A man of few words about himself. Likewise, the texture of his faith in Jesus Christ meant that he was much less at ease speaking in front of a group than he was at being steady, faithful. His legacy is the opposite of flashy. Many knew Len through the CMA church, where he and Marlene were involved 1980-2014.
Leonard is survived by Marlene, who lives near us (Lois and Brad) in Olympia, WA. Len was an only child and I am an only child, but he now has five grandchildren: Kristen & husband Joey in Colorado Springs; Ryan in Colorado Springs; Reagan in Del Rio, TX; and her husband Josh now in Osan, South Korea. Recollections of Grandpa Len of course include his plaid flannel shirts, his dark wavy hair, fixing things amid much stuff in his garage, his red riding lawn mower, rifles, the museum, miscellaneous wheelchairs, and stories of any recent bear attacks in Yellowstone.
We held celebration of life on June 14, 2019 at Cody’s beautiful committal shelter there. The sun was shining, our kids were with us, many were in attendance, and I was so pleased to have Leonard back in Cody. Donations in Leonard’s name can still go to Yellowstone Alliance Adventures (a Bible camp in Montana) by calling 406.763.4727.
– Brad Underland for the family