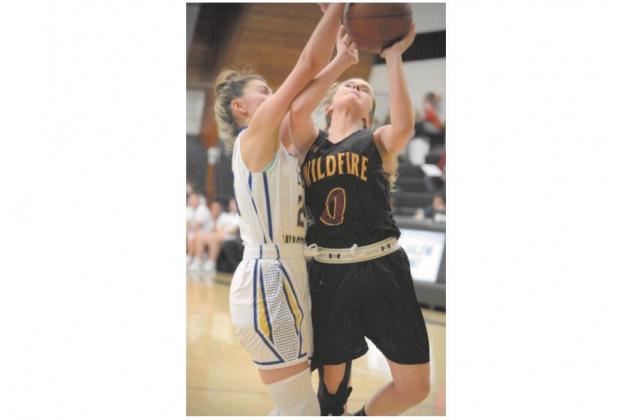 Senior for the Wildfire, Kiara Koepplin drives into the basket for two points.

"We started out a little rough. They were pressing us and we got a little frazzled," said Head Coach Sara Seidler. "Defensively we had trouble in the first quarter just moving around. It took us a little bit to get back into it. We are still working on our three-two zone and getting that perfected. Once the girls started talking, things went better – they were able to get up and down the floor and got some tips on the ball and some steals so that really helped us out," she continued.

Friday, the Wildfire went head to head against New Salem/Almont. In an exciting and fast-paced game, the Wildfire maintained the lead throughout the majority of game.

New Salem/Almont was able to tie up the score, sending the game into overtime not once, but twice.

Will you attend state wrestling this year?