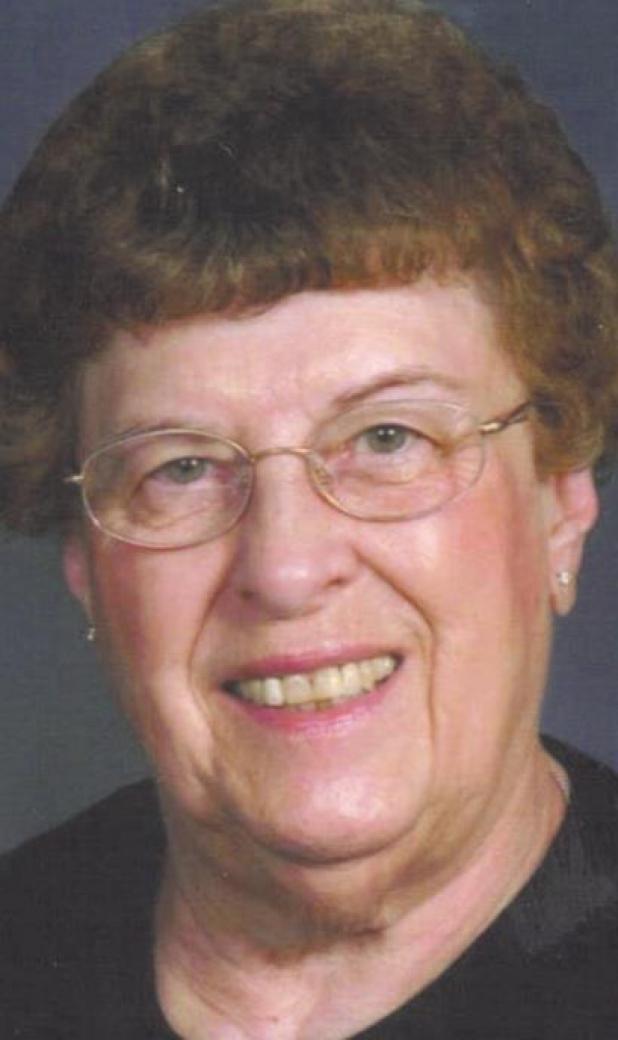 Dorothy Doris (Haring) Hoffman passed away peacefully on May 4, 2020 in Mulvane, Kansas after a long struggle with health complications. Dorothy was born on January 18, 1937 on the family farm south of Glen Ullin, ND. She was the oldest daughter of Theodore and Ella (Will) Haring. Dorothy attended high school in Hebron and graduated from Parks School of Business in Denver.

Dorothy married James (Jack) Peter Hoffman in April 1959 and recently celebrated their 61 st wedding anniversary. Together they raised four children. They moved often in their early marriage as they followed Jack’s career with Gambles. They lived in North Dakota, Montana, Wyoming and settled in North Platte, Nebraska, making numerous friends along the way. Dorothy enjoyed selling Avon and had a lengthy career with the company. She operated a home daycare and followed those children for the rest of her life. Dorothy graduated from Mid Plains Community College school of nursing in 1983 and worked many years at Linden Court nursing facility and more recently as Tumor Registrar for Great Plains Regional Medical Center. She was a long‐time member of St. Patrick’s Catholic Church where her deep faith was nurtured and in-turn she extended God’s love to so many others. It was her faith that also helped her thru her recovery from breast cancer. She was active member of many organizations at the church.

Dorothy found great joy in furnishing her home with whimsical items, particularly ones that blinked, moved or played music. She also enjoyed reading, cooking, canning, sewing, listening to music, and scrapbooking. She had a passion for genealogy and spent much of her time researching, compiling and adding to this information. Dorothy loved playing cards and board games. Her children and grandchildren are comforted by the fact that now one of them may finally have an opportunity to win a board game. Holidays will not be the same without her famous peanut butter balls, peanut brittle, and party mix. Dorothy had a tremendous love of family and treasured her annual trips to North Dakota to see family and friends. As much as she loved her children, she had an even greater love for her grandkids and enjoyed following them in their sporting events and school activities. She also volunteered many hours in her community for organizations such as RSVP and North Platte Visitor’s Center.

She is preceded in death by her parents, sisters Lucille Emter and Nyla Seidel and stepsister May Snyder. In lieu of flowers the family ask you consider a donation in her name to North Platte Catholic Schools or the Susan G. Komen Great Plains foundation.

Due to COVID-19 restrictions, cremation has taken place and a funeral will be held June 20, 2020 at 11:00 at St. Patrick Catholic Church in North Platte, NE with a rosary to be said at 10:30. Family and friends who cannot pay their respects at this moment because of the current pandemic are encouraged to offer prayers for the family and support via phone call, text, email or may visit the Memory Wall at www.smithfamilymortuaries.com . Condolences may be sent to Dorothy’s family at 11455 E. 84 th Cir S Derby, KS. 67037.